Hearing and Acting on the Call to Service

At a time when even our President is discussing the importance of serving others, it is up to each of us, especially those committed to a life of following Christ, to act upon that call. In a message that aired during halftime of the NBA All Star game in February, President Obama said, “In this time of so much need in our communities and across our country, we are blessed with endless ways to restore hope and opportunity in places that yearn for both.” In his speech and his actions, the 44th President of the United States has reminded us that the spirit of service is a willingness to find meaning in something greater than ourselves.

In a small town in Pennsylvania, the evening paper has just arrived. Buried beneath headlines about the East Coast blanketed in a blizzard-like snow, the failing economy, and the prison sentence of a serial burglar, you will find a story about a Spirit of Kindness Club wherein individuals are seeking to spread good will by performing a single act of kindness each day. A little further into the paper, you will read about a sewing project that is aimed to give back, as high school students turn pillowcases into dresses for Mexican orphans. After reading those inspirational stories, you will believe President Obama’s words in that we are blessed with endless opportunities to restore hope and dignity. The key is to act on those opportunities.

Seven years ago, that same small town newspaper featured a story about a young girl named Shannon Hickey. The article described Shannon, then 11, as a “bubbly 6th grader” who wanted to “incorporate one man’s work with the anniversary of her own re-birth.” The man, FDNY Chaplain Father Mychal Judge, OFM, was killed in the terrorist attacks on September 11, 2001, and Shannon’s “re-birth” referred to the day she received a life-saving liver transplant as an infant. With a simple idea to collect socks for the homeless in lieu of gifts on her transplant anniversary, Shannon discovered a way to celebrate her life while remembering the life of her friend – a simple idea that gave Shannon’s family the opportunity to grieve, heal and persevere amidst such overwhelming sadness.

When those first socks were distributed in 2002, Shannon began to uncover the endless opportunities she had to help others and to fulfill some of their basic needs. Over the years her efforts grew into a ministry called Mychal’s Message. Shannon, her family, friends and others drawn into the light of her generous spirit, met thousands of men, women and children on breadlines and soup kitchens. To-date, the organization has collected and donated nearly a quarter of a million items to the homeless and poor – simple necessities such as new underwear, blankets, sneakers, and warm coats; or luxurious treasures such as soap, shampoo, a toothbrush and a teddy bear.

As the ministry grew, Shannon was recognized and acknowledged through various awards, including the Sertoma International Service to Mankind Award and the Prudential Spirit of Community Award. She was a greeter for President George W. Bush who referred to Shannon as “an example of what you can do to help change America, one heart, one soul, one conscience at a time.” She even got to cut the ribbon at the Macy’s Thanksgiving Day Parade.

Now a freshman in college, Shannon’s sensitivity to the plight of those less fortunate and her compulsion to act on that awareness is as strong as ever. After a recent visit to Children’s Hospital of Philadelphia for her annual transplant check-up, Shannon was visiting St. Francis Inn to deliver some Mychal’s Message donations. She was overcome with emotion as she reflected on the blessing of her health, in contrast to the poverty and the suffering of others in her midst. On the spot, she thought “What can I do to change this?” and was inspired to launch another Mychal’s Message project to benefit the Inn.

As we walk in the footsteps of St. Francis of Assisi, we should never stop asking, “what can I do to change this?” when faced with suffering in our world. If children – those making clothes out of pillowcases or those forming life-long ministries and receiving international acclaim – can find ways to answer this call to service so profoundly, surely, those of us with a vowed commitment and special mission to change the world must do the same. 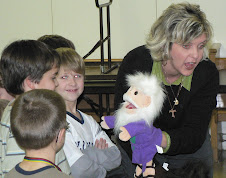 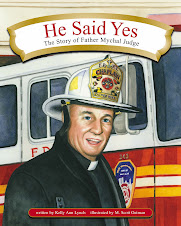